Although it’s easy to copy and paste a list of the “best cryptocurrencies to invest in,” we’ve done the legwork to see which current blockchain and crypto trends will be around for the long haul. To help you decide, we’ve listed our three top recommendations for best crypto to buy below.

Binance is the largest and most popular cryptocurrency exchange due to its $76 billion in 24h trading volume, 600+ cryptocurrencies, 90 million registered users, and some of the lowest transaction fees. Binance’s BNB token, which was initially an ERC-20 token on the Ethereum blockchain, is now issued on Binance’s blockchain and is accepted as payment for transaction fees (on the Binance Chain), as well as for a wide variety of other goods and services, including online entertainment, financial transactions, and hotel reservations.

There’s a good chance that football star Cristiano Ronaldo and TikTok star Khaby Lame fans will be interested in what Binance offers with its BNB Coin and NFTs. Binance is placing a wager on Lame’s ability to entice crypto newcomers with his ability to simplify complex ideas (and Binance).

If everything works out, Binance can expand its lead in the cryptocurrency industry by capitalizing on its partnerships.

Polygon provides impressive metrics for anyone interested in scaling Ethereum/Web3 applications. Polygon has 130 million wallets and just under 3 million active monthly users, as stated on the company’s website. It uses an ERC-20 token called MATIC for the internal settlement of payments and governance purposes within the Polygon ecosystem.

It is a Layer-2 aggregator compatible with the Ethereum Virtual Machine (EVM) to become Ethereum’s “internet of blockchains.” This will allow it to take advantage of Ethereum’s security while allowing developers to use decentralized yet interoperable blockchains at much higher speeds and lower costs.

MATIC’s value remains high, thanks partly to the Ethereum Merge, and investors are bullish on its long-term prospects, despite a steep decline in price since autumn 2021 and a substantial increase in tokens in circulation. Keep an eye on MATIC as it has Ethereum scaling solutions (we’re looking at you, Moonbeam) and over 19,000 dApps already live on the network.

Directed acyclic graphs, or DAGs, like the one used by Fantom, are more like a graph than a chain but are increasingly considered a viable alternative to blockchains for handling online transactions and data storage. Currently, Fantom can handle around 4,500 transactions per second (TPS) thanks to a unique proof-of-stake consensus mechanism called Lachesis, though their experiments suggest up to 10,000 TPS (!).

There are many reasons to be optimistic about FTM, especially as the volume of daily Fantom transactions approaches that of Ethereum.

The price of DOGE fell and had a rough year in 2018. Dogecoin’s value fell as the public’s attention was diverted away from it, just as it had been in the other market.

Despite brief periods of relative stability, the price of Dogecoin was generally trending downward throughout 2018. At present, the prognosis for Dogecoin’s future is not encouraging. Dogecoin followed the market downturns of March, July, and September.

As the price spiked after the downtrend show, DOGE recovered faster than BTC; the DOGE price drop isn’t as bad as it is for BTC. As discussed in the articles entitled Cryptocurrency Price Predictions on our website, the value of Dogecoin is susceptible to the level of public interest in the blockchain industry as a whole.

Zcash and BitcoinCash are two altcoins that, like Bitcoin, follow the same price pattern. Predicting DOGE’s price, especially over the long term, is problematic because it is tied to the fluctuations of the cryptocurrency market. The best cryptocurrency to invest in 2022 for the long run is not Dogecoin but one of the many others that can bring money to their owners.

Developed from the Litecoin source code, Dogecoin is a humorous alternative to Bitcoin. It could have been a friendlier and more approachable cryptocurrency. Yet, the institution’s mascot stands out the most. Dogecoin was created with a “fun” mentality in mind by its creators. 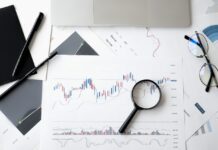 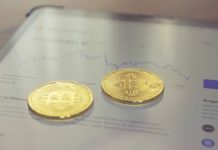 Pros and Cons of PAMM Account, You Need to Know 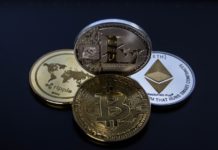